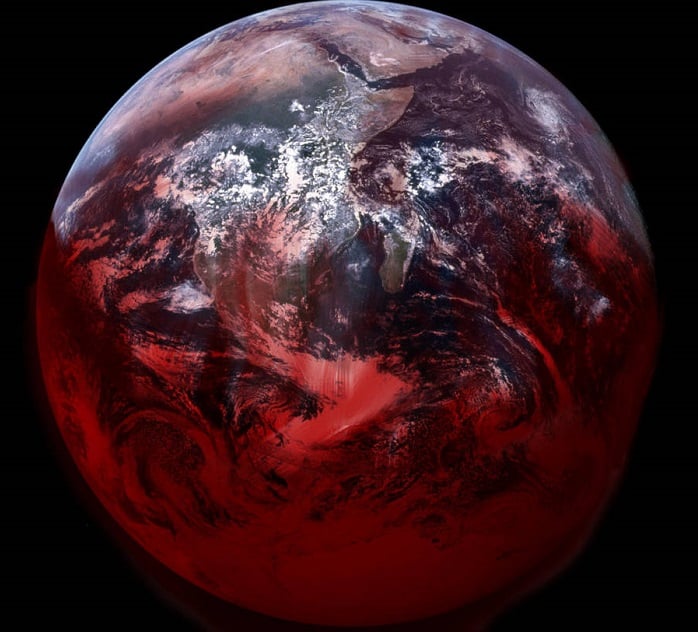 Air pollution is not merely a threat to our health but a reminder that our most celebrated technological achievements are in fact environmental failures. Be it automobiles or jet planes or power plants, they are all guzzling down precious fossil fuels. Some ways to reduce pollution include energy conservation, switching to renewables, and following the principles of reduce, reuse and recycle.

Our urban scene anywhere in India appears like a permanent construction site. All along the construction sites, the lesser privileged live in temporary accommodations. Most of these people are the victims of the vagaries of the weather or early victims of climate change related droughts who come to cities for some opportunities. Labor care therefore is one of the most important considerations that we as a construction firm are completely committed to. 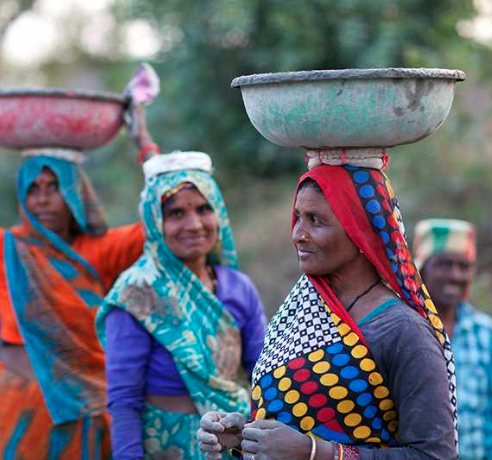 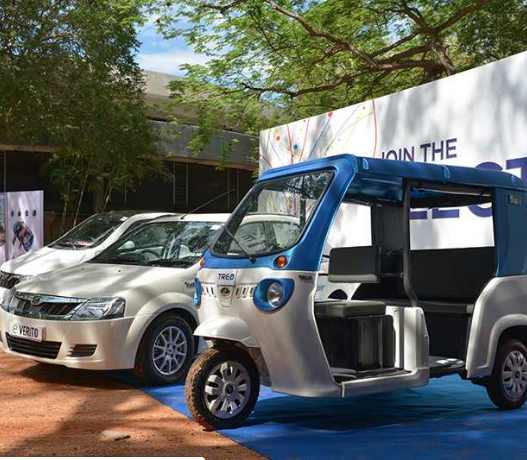 Diesel, Petrol, or Electric Vehicle: How Can I Decide Which Is Best For Me?

Why Should We Use Star Rated Appliances?

A higher star rated appliance will assure you save money for the life of the appliance. A monthly saving of just 200 units would put Rs.1,700 in your pocket at current electricity rates. Over ten years this means Rs.2,04,000 and over 25 years this means Rs. 5,10,000, factor in this cost when you buy a new appliance. While earlier it was difficult to understand the energy efficiency quotient of appliances, now the star ratings helps us understand the potential of savings directly. 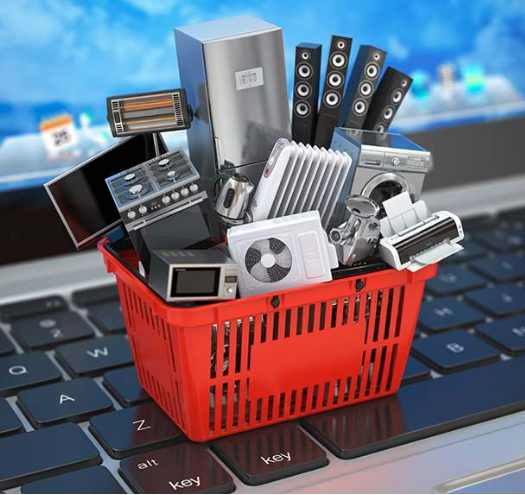 Biodiversity Loss and What We Can Do About It?

We are losing some of our unique ecological niches because of the direct and indirect disturbances that we humans create in our ecosystem. As a result of the changes in land use, pollution, global warming, and physical destruction of ecosystems, species are getting extinct. Although extinction of species is a natural Darwinian process, the rate at which the species are getting extinct now is unprecedented. It is entirely possible to stop the accelerated loss of biodiversity by making changes in our life-style. And it’s all……… worth it.

Why Is Renewable Energy Important? Types of Renewables

Nothing, perhaps nothing else that matters so much is more appropriately named than how energy is classified. Embedded in the name of renewables is the core of what renewable energy delivers. It is the form of energy that can be renewed endlessly as it makes use of the resources that are a part and parcel of the Earth’s natural system, be it oceans and tides, water, wind, sunlight and even accessible heat energy stored in the Earth. 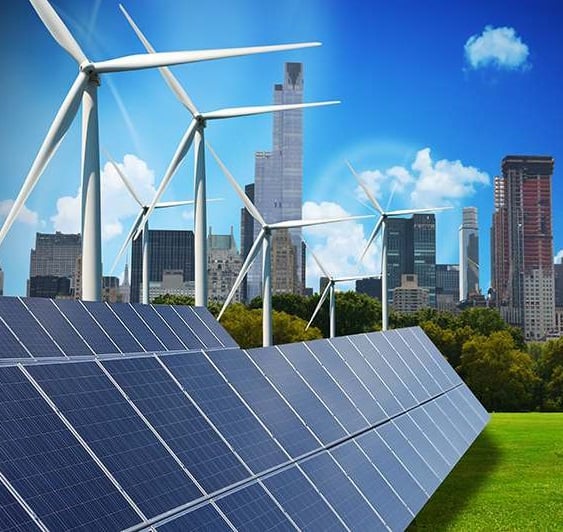 Indoor air quality is mostly an undervalued asset as there is very little awareness about its correlation with overall health and well-being. Outdoor quality contributes to it to some extent, but many indoor air pollutants are not really suspected as cause of pollution that can be harmful to humans. Biological, chemical and particle pollution can create significant distress to all humans especially most vulnerable sections of the society just as newly born babies and old people.

Gardening offers some less visible, but equally sustaining benefits - whether it is a vertical garden, a kitchen garden, a backyard garden or a roof-top garden. Home gardening helps close the loop from organic waste to compost to growing vegetables. It not only helps in reducing the heat gain on the roof/terrace and other areas at home but also contributes to enriched soil and reduced landfill waste. Besides, eating fresh fruits and vegetables immediately after harvesting assures high level of nutrition and satisfaction. 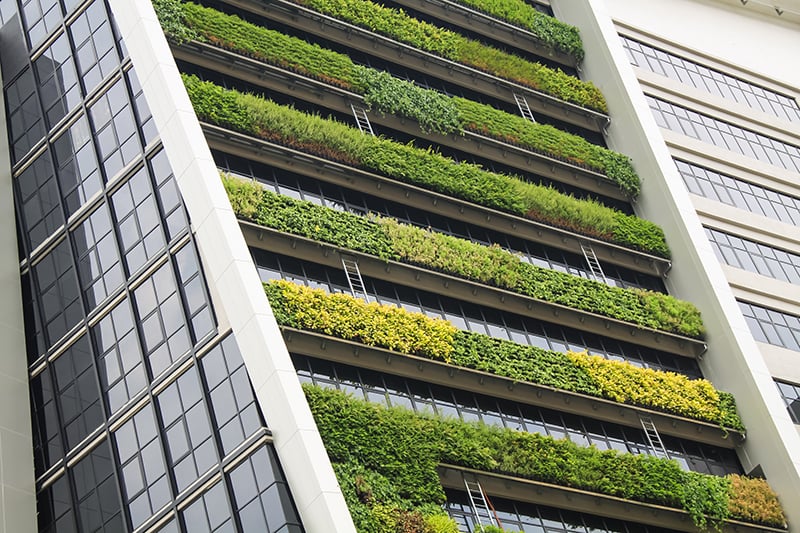 What is Wrong with the Conventional Water Treatment Options: What are the Alternatives?

Waste water treatment has traditionally been the responsibility of municipal corporations, but due to water scarcity it is now mandatory for industrial and residential developments to treat sewage before releasing it. Conventional treatment of grey water requires oxygenation, which is energy consuming and generates large amounts of sludge that needs responsible disposing. On the other hand, a plant-based system (Phytorid) is a tried and tested technology that achieves the same results at minimal cost without expending energy or using harmful chemicals.

Is Solar PV A Feasible Solution For Our Power Needs?

Reduce or eliminate energy bills. Earn tax credits and rebates. Start savings from Day 1. Help the environment and help us all. Solar power systems derive clean, pure energy from the sun. Installing solar panels at home helps combat greenhouse gas emissions and reduces our collective dependence on fossil fuel. Traditional electricity is sourced from fossil fuels such as coal and natural gas. For a country with abundant sunshine and poor connectivity, using solar power to generate electricity clearly appears to be the way to go! 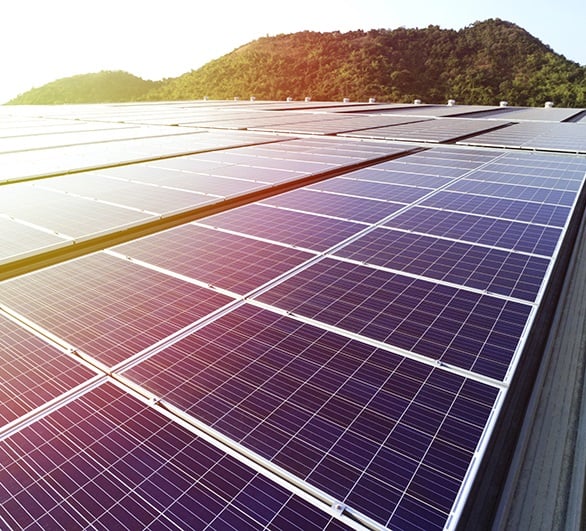 Air pollution is not merely a threat to our health but a reminder that our most celebrated technological achievements are in fact environmental failures. Be it automobiles or jet planes or power plants, they are all guzzling down precious fossil fuels. Some ways to reduce pollution include energy conservation, switching to renewables, and following the principles of reduce, reuse and recycle.

Organic Outlets in the City of Hyderabad

In the last decade or so, there has been a rise in the number of organic stores and farmers bazaars in the city of Hyderabad. This has been the trend world over and the twin cities have caught up on it too. Today there are many players in the market. 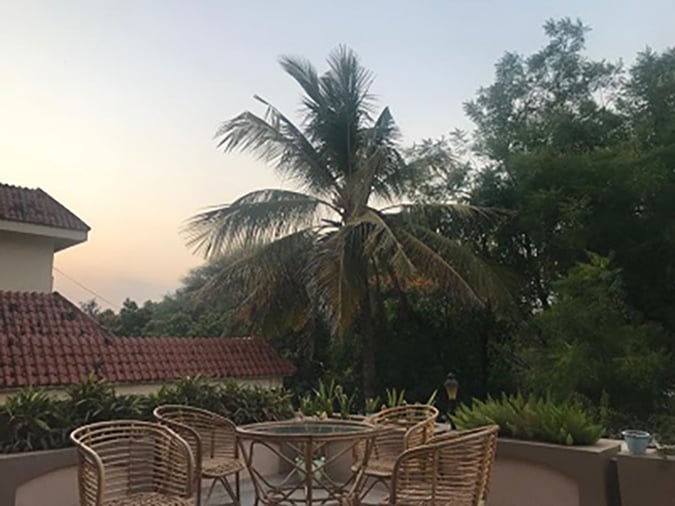 Vegan Options in the City of Hyderabad

Veganism is slowly but surely catching up in the city of Hyderabad. A vegan diet means no dairy, eggs, honey, meat, poultry or fish -- abstinence from all animal products. People turn vegans for reasons of health, prevention of animal cruelty and for environmental protection.

Why Is Renewable Energy Important? Types of Renewables

With the dawn of industrialization, our dependence on fossil fuels (coal, petroleum, oil, and natural gas) for energy needs have been constantly increasing.

Fossil fuels are basically non-renewable resources, i.e, they are not naturally replenished on a human timescale.

Due to the increase in fossil fuel prices and associated environmental problems with these fuels, we are now looking back to renewable energy sources, which was the practice few centuries ago. 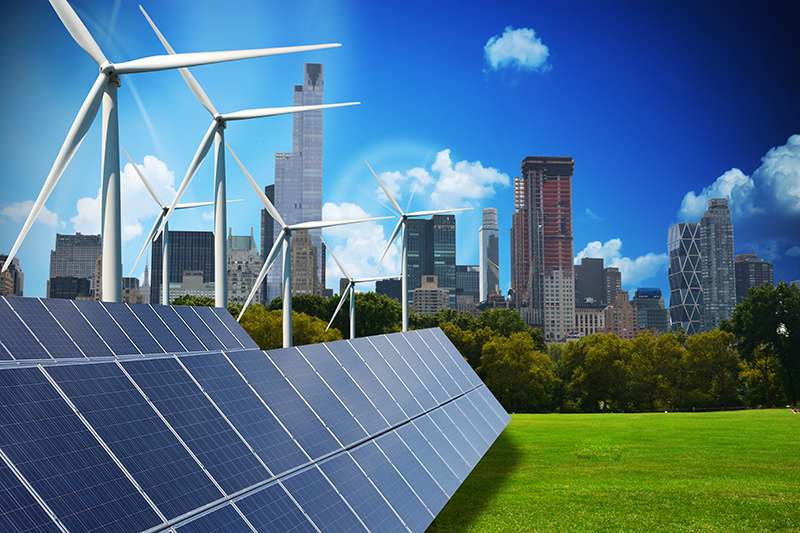 The renewable energy forms such as sunlight, wind, rain, tides, waves, and geothermal heat are renewable natural resources that are depleted at a rate equal to or less than the rate at which it is replenished, and hence renewable energy is considered as an inexhaustible and clean resource.

According to the International Energy Agency’s Renewables 2018, market analysis and forecast report, Renewables will continue their expansion in the next five years, covering 40% of global energy consumption growth.

Their use continues to increase most rapidly in the electricity sector and will account for almost a third of total world electricity generation in 2023. 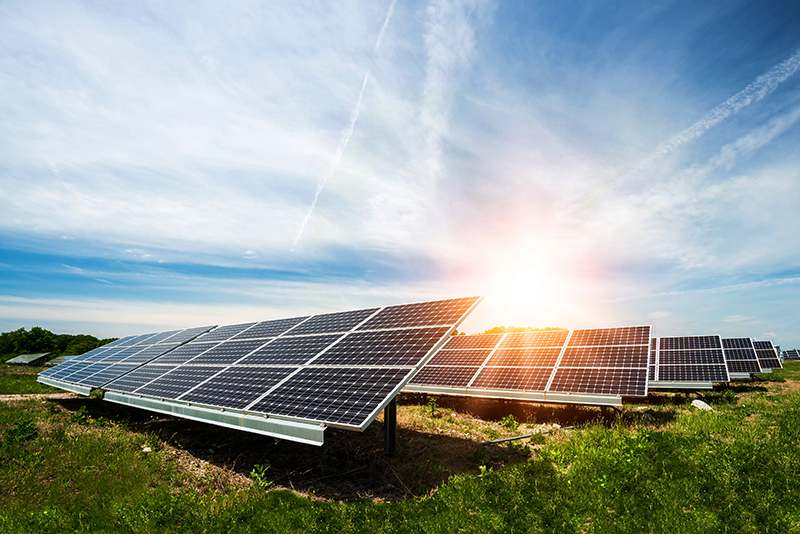 Solar energy refers to the direct conversion of the sun's rays into a usable energy source and the abundance of solar energy makes it a highly appealing and significant source of renewable energy.

Active solar power is the use of photovoltaic systems to generate solar power for water heating and electricity generation, whereas Passive solar power involves in the design aspects of a building in terms of orientation to the Sun, choosing building materials with favorable thermal mass and designing spaces that naturally circulate air.

Solar cells are mounted in series to form PV modules collect the solar energy and generate electric energy as direct current or stored in batteries in order that it may be used during periods of the day when there is no sunlight.

India’s solar installed capacity reached 26 GW as of 30 September 2018. The 20 GW capacity was initially targeted for 2022 but the government achieved the target four years ahead of schedule, the average current price of solar electricity dropped by 18% below the average price of electricity generated from coal plants.

Wind energy is also a form of solar energy, which uses wind power to generate electricity.

The wind blows to turn the blades of the turbine and as it spins, converts the kinetic energy in the wind into mechanical power, which is then converted to electricity by a generator.

Wind power capacity was 34,046 MW as of 31 March 2018, making India the fourth-largest wind power producer in the world. 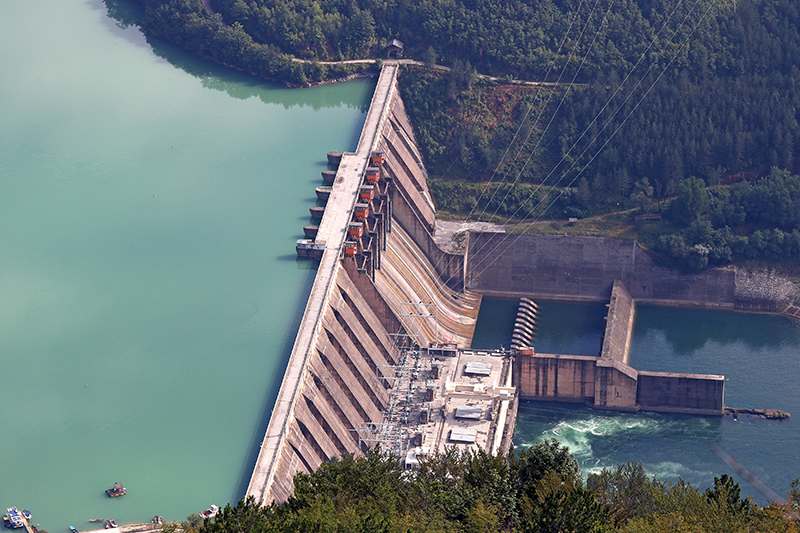 Hydropower is the conversion of energy in flowing water to electricity.

Hydropower is the leading renewable source for electricity generation globally, supplying 71% of all renewable electricity, as per World Energy Council.

This turbine is connected to an electromagnetic generator, which produce electricity when the turbine spins.

a) run of river, where the electricity is generated through the flow of a river

b) reservoir, where power is generated through the release of stored water and

c) pumped storage, where stored water is recycled by pumping it back up to a higher reservoir in order to be released again.

Hydropower can be used for irrigation, watermills, textile machines, sawmills, and to power various other machines. 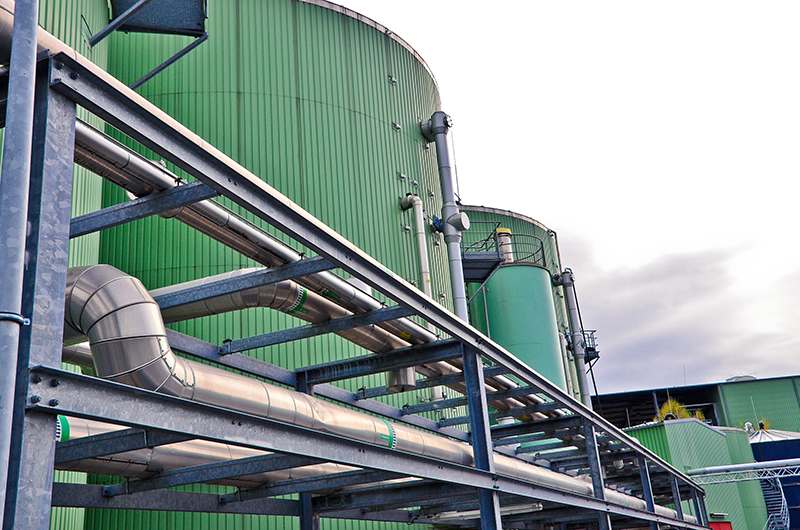 Bio-energy is the energy which is stored in biological matter or “biomass” and is the most widely used renewable energy source.

Biomass commonly refers to organic materials, either directly from plant and animals or indirectly from industrial, commercial, domestic or agricultural products. When these materials are used for their energy content, they are referred to as feed stocks.

Feed stocks can either be crops that are grown specifically for their bio-energy content, known as energy crops, or waste products from industries such as agriculture, food processing or timber production.

The dry and combustible feed stocks are burned to produce heat and steam, that can be used to drive steam turbines to generate electricity.

Wet feed stocks are stocked in sealed tanks, where they create bio methane gas as it decomposes, and can be fermented into ethanol, converted to bio diesel. 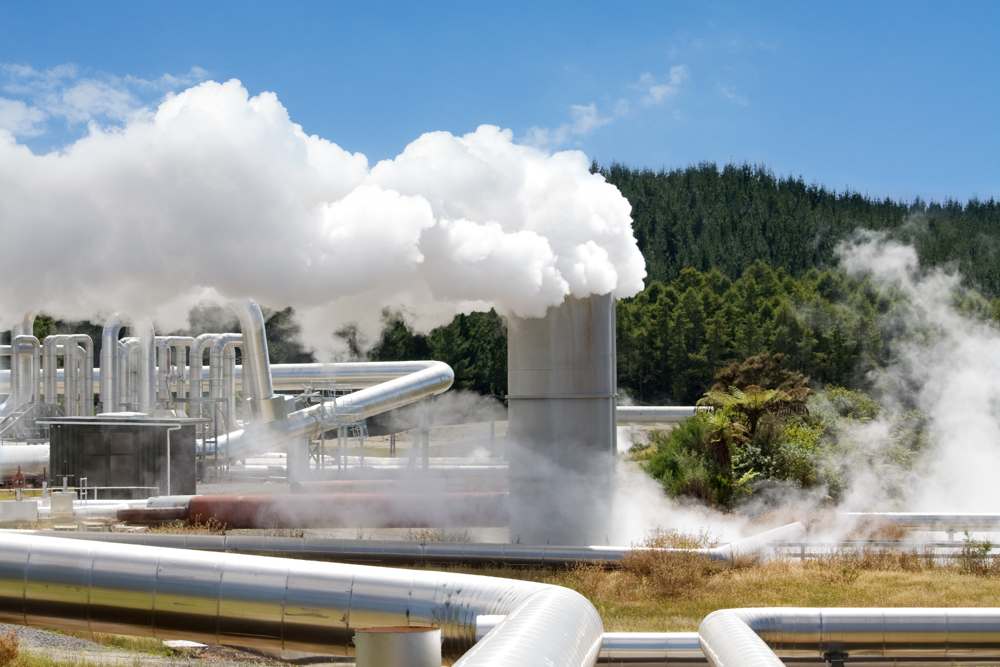 Geothermal energy is clean and sustainable form of energy derived from the immense thermal energy generated and stored in the reservoir of the earth's interior.

It originates from during the original formation of the planet and the slow decay of radioactive particles in earth’s crust.

This heat generated in the form of steam or hot water can be used by geothermal power plants to generate electricity.

Resources of geothermal energy can range from the shallow ground to few miles beneath the Earth's surface, and even deeper to extremely high temperatures of molten rock called magma.

As per IEA, in 2017, global geothermal power generation stood at an estimated 84.8 TWh, while the cumulative capacity reached 14 GW.

Geothermal heat can be used directly, without a power plant or a heat pump, for applications such as space heating and cooling, food preparation, hot spring bathing and spas (balneology), agriculture, aquaculture, greenhouses, snow melting, and industrial processes.

Why Should we Switch to Renewable Energy?

Therefore, shifting to renewable energy will undeniably help us give a sustainable future to the coming generations and let us do our bit towards accomplishing this goal by taking it up as a personal responsibility.

Dr Shashi K is a sustainability professional with degrees in Environmental Management from Oxford University. She has experience working in Sustainability and on Green Buildings, Water, Energy and Reporting and is currently CEO of SAGE Sustainability, a consulting firm working in the field of social and environmental issues. Dr Shashi believes that the construction sector can be the foremost enabler in moving towards low carbon living.

Living Habitats is championing the cause of carbon neutral living and raising the bar on sustainable eco-living in prime city locations. The promoters of Living Habitats have had their experience with mainstreaming housing as part of Mittal Builders, who were pioneers in housing for sale in 1950’s in a young India. Having delivered India’s first multi residential and multistoried carbon neutral building called Mittal Auriga, Living Habitats, the sustainable division of Mittal Builders is aspiring to revolutionize the concept of eco-living as mainstream living. That is the future of life on this planet.